This agreement gives academics from the participating institutions the option to publish their work in Open Select (hybrid) and full open access journals without paying publishing charges and covers all articles up to an agreed cap. The deal also provides researchers with continued access to Taylor & Francis Group journals and articles.

“We are thrilled to be working with the National Library of Luxembourg to facilitate researchers making their work open, maximising both its reach and impact.” says Carolyn Kirby, OA Business Development Director, Taylor & Francis Group. “The agreement aligns with the Open Access mandate from the Luxembourg Research Fund (FNR), enabling authors to choose open access publishing with us.”

Patrick Peiffer of BnL says: “We are proud to partner with Taylor & Francis Group on this transformative agreement, helping our members to both share their work as widely as possible and to control costs through this landmark consortial agreement.”

Taylor & Francis Group is committed to open access, offering a variety of open access publishing options to meet the needs of each author, with rapid online publication, high visibility and discoverability for published research.

About the National Library of Luxembourg
The National Library of Luxembourg (BnL) is the largest scientific library in Luxembourg holding more than 1.8 million physical documents as well as a growing number of online resources.
As a heritage library, the BnL hosts an essential part of the nation’s memory as all publications published in or about Luxembourg are collected through legal deposit. The printed Luxemburgensia collection is further complemented by both digital-born publications and by documents digitised by the BnL. The BnL is also a research library and offers its users access to international works in all areas of knowledge.

This statement, written on behalf of the many library consortia across the world that participate in ICOLC (International Coalition of Library Consortia), and the individual libraries these consortia represent, has two purposes. It is intended to help publishers and other content providers from whom we license electronic information resources and purchase printed content (hereafter simply referred to as publishers) understand better how the current global COVID-19 pandemic affects the worldwide information community. Its second purpose is to suggest a range of approaches that we believe are in the mutual best interest of libraries and the providers of information services.

The ICOLC participating consortia consider the current crisis of such significance that we cannot simply assume that libraries and publishers share a common perspective about the magnitude of the crisis and the best approaches to cope with it. ICOLC members have been exchanging perspectives about how the global COVID-19 pandemic will impact consortia and their member libraries.

At this time according to UNESCO, partial or complete university and school closures in 49 countries have canceled or suspended classes for 391 million students.

Many college and university students will be completing the current academic term in an entirely on-line format, so the campus communities can practice social distancing as recommended by the World Health Organization and many other national and global health agencies.

We ask that Publishers immediately consider:

We ask that publishers begin planning to:

We encourage publishers to work together with consortia and libraries for the benefit of all communities. Library consortia are uniquely positioned to be the most effective and efficient means to preserve the customer base for publishers and create solutions that provide the greatest good for the greatest number.

It is in the best interest of both publishers and consortia to seek creative solutions that allows critical access to publisher content for the research and public health communities.

In combination, we suggest these approaches as a way to advance the conversations among libraries, consortia, and publishers, who all hope to provide as much information as possible to the users who need it. We believe our recommendations provide a solid foundation for the information community, including the publishers of scholarly information, to go forward together in these difficult times.

We want to express appreciation to the information services community for steps they are taking to address the global crisis.

The International Coalition of Library Consortia (ICOLC) is an informal, self-organized group currently comprising approximately 200 library consortia in North and South America, Europe, Australia, Asia, and Africa. The member consortia serve all types and sizes of libraries. ICOLC has been in existence since 1996.

More information about ICOLC can be found at http://www.icolc.net.

The European University Association (EUA) has published the outcomes of its first Big Deals Survey, an original initiative pursued by the association to gather more information about large scientific publishing contracts from the perspective of universities (known as ‘Big Deals’).

The EUA Big Deals Survey Report: The first mapping of major scientific publishing contracts in Europe presents data from 28 negotiating consortia (including Luxembourg). The data were gathered between July 2016 and June 2017. Data were anonymised and aggregated, thus respecting the confidential nature of the information provided by respondents. The survey focused on the functions and working process of consortia, as well as on the conditions of contracts for big deals concerning scientific periodicals, databases and e-books. The results of the survey show that consortia broadly represent the interests of relevant stakeholders from the university and library sectors and are largely driven by researchers’ needs.

The outcomes of the survey revealed, for the first time on a European scale, the magnitude of spending in big deal contracts with scientific publishers. Stark variations in the expenditure on big deal contracts across different European countries were also identified. In addition, the results of this survey point out the fact that university leadership is only directly involved in the negotiation process with publishers in about one-third of consortia, while funding for these contracts comes largely from the university and public sectors.

The EUA Big Deals Survey was developed by recommendation of the association’s High-Level Group on Big Deals and following the objectives and actions planned in the EUA Roadmap on Open Access to Research Publications adopted by EUA Council in January 2016.

A second edition of the survey will be launched shortly. The findings of the present report and those of the upcoming survey will continue to inform EUA’s work in the policy area of Open Science, namely in the association’s efforts to contribute to a more open, efficient and transparent scientific system.

EUA webinar: The landscape of ‘Big Deal’ contracts across Europe: views from the university sector

Consortium Luxembourg is happy to announce that we’re now offering remote access to PhilPapers, one of the major research tools in philosophy.
PhilPapers is a comprehensive index and bibliography of philosophy maintained by the community of philosophers. Using advanced trawling techniques and large scale crowdsourcing, PhilPapers monitors all sources of research content in philosophy, including journals, books, open access archives, and personal pages maintained by academics. They also host the largest open access archive in philosophy. 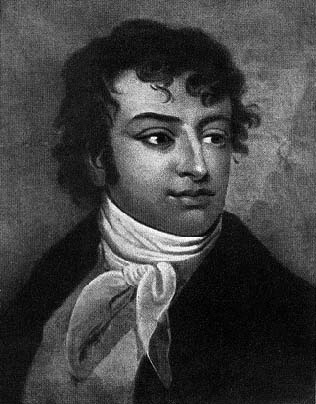 Having previously been available only to academic institutions which subscribe to ProQuest’s Early English Books Online resource, over 25,000 texts from the first phase of EEBO-TCP have been made freely available as open data in the public domain from January 2015.

EEBO-TCP is a partnership with ProQuest and with more than 150 libraries to generate highly accurate, fully-searchable, SGML/XML-encoded texts corresponding to books from the Early English Books Online Database.

The EEBO corpus consists of the works represented in the English Short Title Catalogue I and II (based on the Pollard & Redgrave and Wing short title catalogs), as well as the Thomason Tracts and the Early English Books Tract Supplement. Together these trace the history of English thought from the first book printed in English in 1475 through to 1700. The content covers literature, philosophy, politics, religion, geography, science and all other areas of human endeavor. The assembled collection of more than 125,000 volumes is a mainstay for understanding the development of Western culture in general and the Anglo-American world in particular. The STC collections have perhaps been most widely used by scholars of English, linguistics, and history, but these resources also include core texts in religious studies, art, women’s studies, history of science, law, and music.

With the support of more than 35 libraries, the TCP keyed and encoded 2,231 Eighteenth Century Collections texts. In cooperation with Gale Cengage, these texts have already been made freely available to the public.

ECCO-TCP is a partnership with Gale, part of Cengage Learning, to produce highly accurate, fully-searchable, SGML/XML-encoded texts from among the 150,000 titles available in the Eighteenth Century Collections Online (ECCO) database.
ECCO

ECCO includes every significant English-language and foreign-language title printed in the United Kingdom during the 18th century, along with thousands of important works from the Americas. The database contains more than 32 million pages of text and over 205,000 individual volumes in all. In addition, ECCO natively supports OCR-based full-text searching of this corpus.